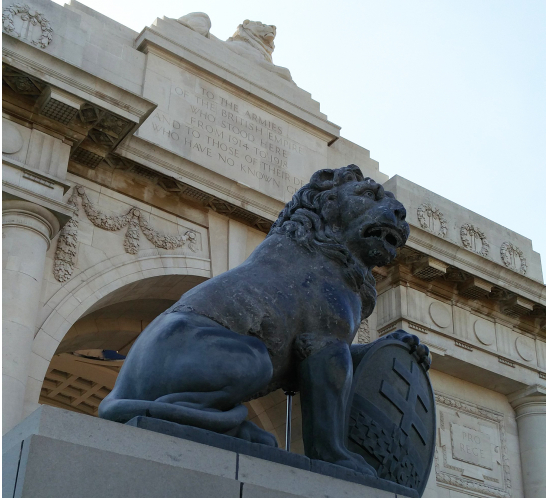 The Menin Gate in Ypres contains the names of 54,896 soldiers who remained missing during the First World War. Every evening at 8 pm the Last Post sounds punctually in honor of those killed, serenely played under this city gate that was inaugurated in 1927. This special place was the inspiration for a famous painting by Will Longstaff. This painting in turn served as a source of inspiration for this hymn. After a mysterious introduction follows a coral that is characterized by a fairly dissonant harmony, referring to the tragic events of 14-18. However, the end of every musical sentence is concluded with a consonant agreement, the soldiers have finally found their peace.

The Garden of earthly delights
149.00€
Add to Cart
Bestseller