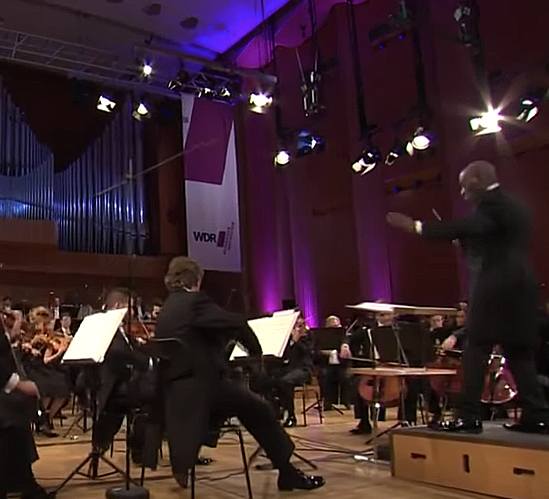 Shalan wrote this composition for WDR funkhaus orchestra, to premiere in the concert "Da Capo", where 12 Syrian musicians who were members of the Syrian National Symphony Orchestra and fled to Europe for the war in Syria were invited to a concert as guests with the WDR orchestra under the title "da capo", in the symbolism of starting a new life. The concert took place in December 2016.

At that time, the Syrian city of Aleppo had been suffering for months from a ruthless siege by the regime and radical Islamic troops.

The composition "Two Images From Aleppo" premiered in this concert.

Example of the score 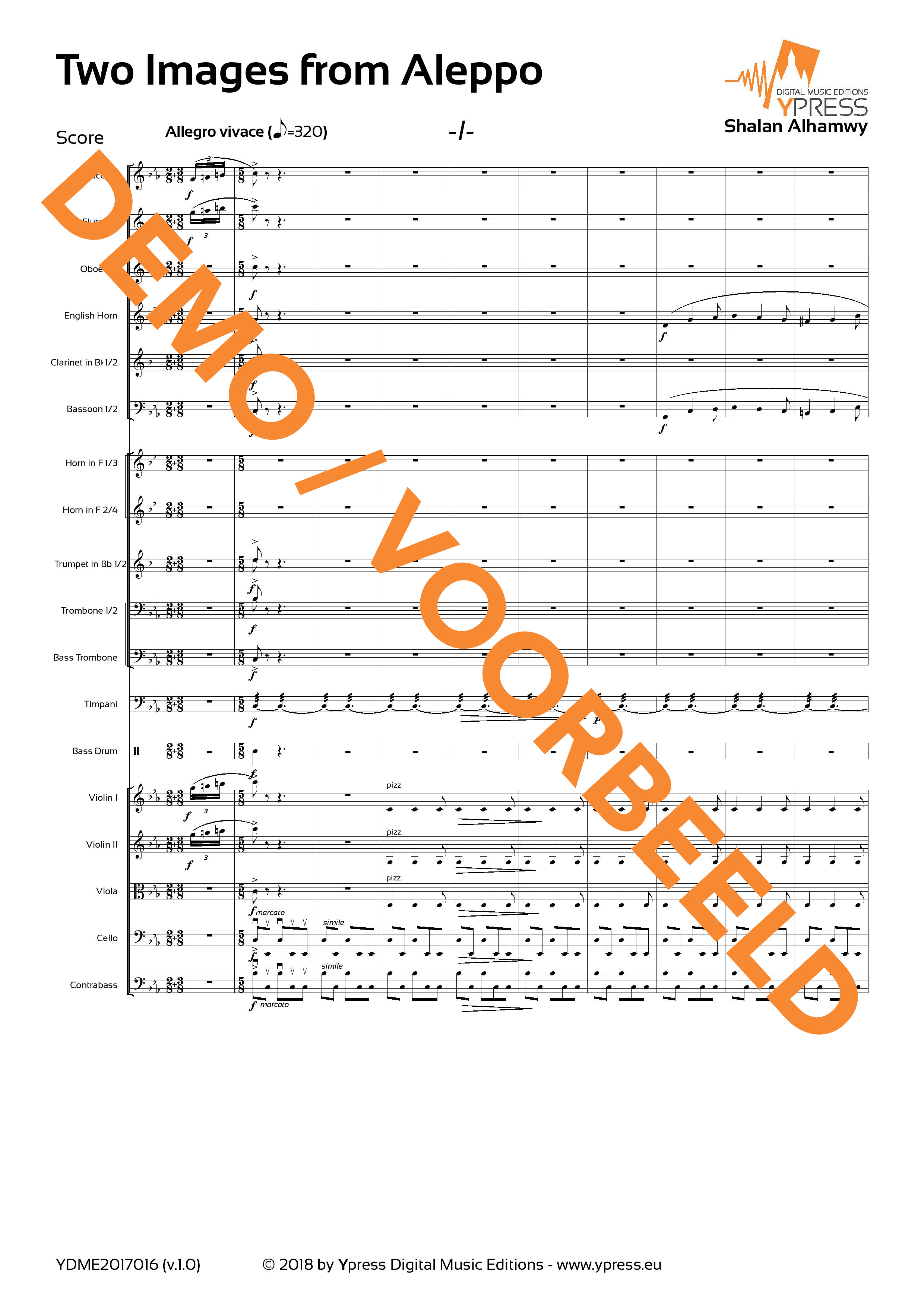