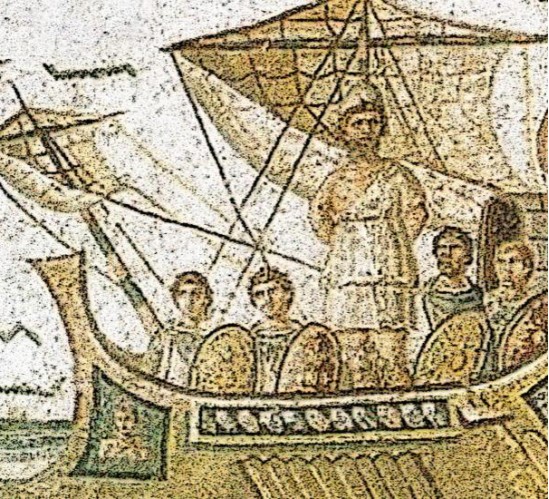 After 10 years of war in Troy, the Greeks finally go home. The atmosphere is euphoric, the soldiers are happy to finally go home and captain Odysseus hopes for a smooth pace. The ship leaves the Trojan coast and sails into the wide sea. (Part 1)

Unfortunately, a storm puts a stop to Odysseus' plans. A threatening thunderstorm hangs above the ship and drives the entire crew to the island of the Cyclopes (part 2). Here Odysseus has to take on the giant Polyphemus.

Yet fate is favorable to him: Odysseus and his crew can sail again to their home country. The ship sails further over the sea and approaches the beautiful Sirens (part 3). They seduce everyone with their magically beautiful songs, but unfortunately every skipper crashes on the rocks when they hear their songs. Again, Odysseus outweighs destiny and his ship can sail past without any problems.

In the fourth and final part, after 10 years, Odysseus reaches his hometown of Ithaca, where he tells his wife Penelope about his many adventures. Various themes from the work are presented as a flashback one last time. Odysseus and Penelope embrace each other: the mythical travel adventure ends here.