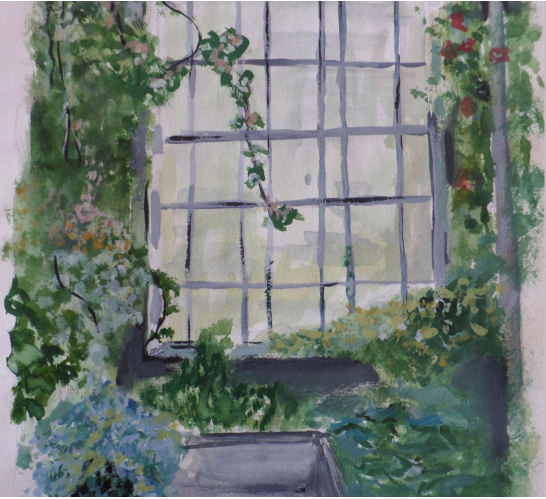 Triptych for flute and piano consisting of: Mon Pigeon, Valentine and Mystère.

Mystère
With Mystère it is mainly the emotion that is translated. In the first part, the playful and cheerful character gradually changes to a mysterious and modest melody. On the other hand, the second movement has a more snappy and smooth character due to the hop figures in the piano melody. Both instruments come to the foreground. The piano solo causes a change and the equal feeling is lifted. In the third part, both instruments are assigned a separate melody line. This creates a mysterious connection between the two. Finally, the mystery is slowly extinguished.

Valentine
A melody with amor (major) and heartache (minor). A quiet intro with a melancholic timbre changes into a more playful character. A rippling piano accompaniment provides some modesty. On the other hand, the flute is mainly challenged in playing long notes. The triplets cause a revolution in the middle of the piece. The piano solo ensures a smooth transition to the recognizable end.
In short, a loving song that Cupid fires his arrows at.

Mon Pigeon
A playful and cheerful song where both the flute and the piano show the pigeon's individuality by playing triplets. These reflect the flight, the fluttering of the wings. The major part gradually changes into a minor part. Leaving the nest is subtly applied here by question and answer between flute and piano. The whistle gets the necessary oxygen here to catch its breath.
The lock gets happy again where the chirping of the pigeon is accentuated by the vibrato in the flute. Whistle on it and flutter ... 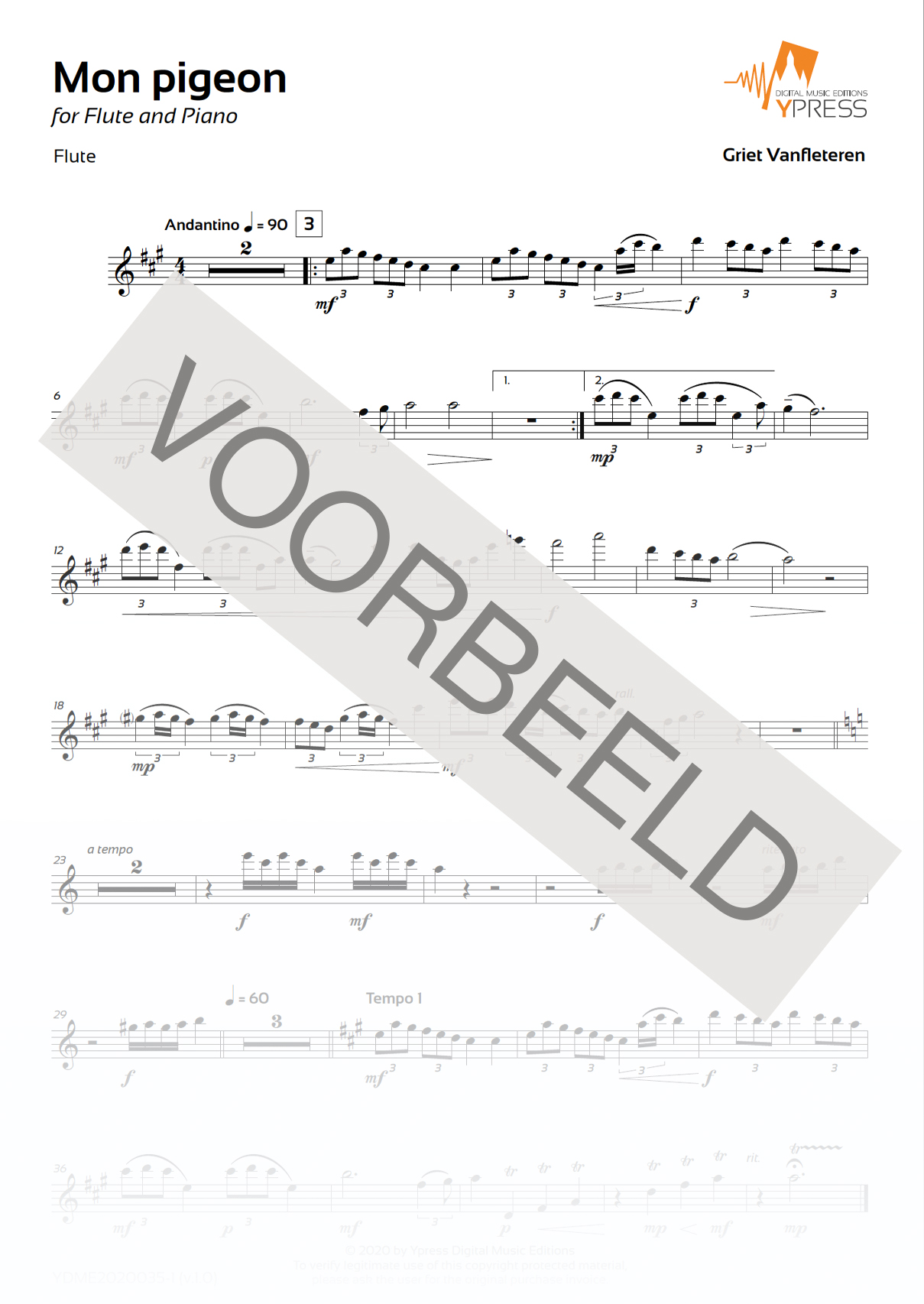 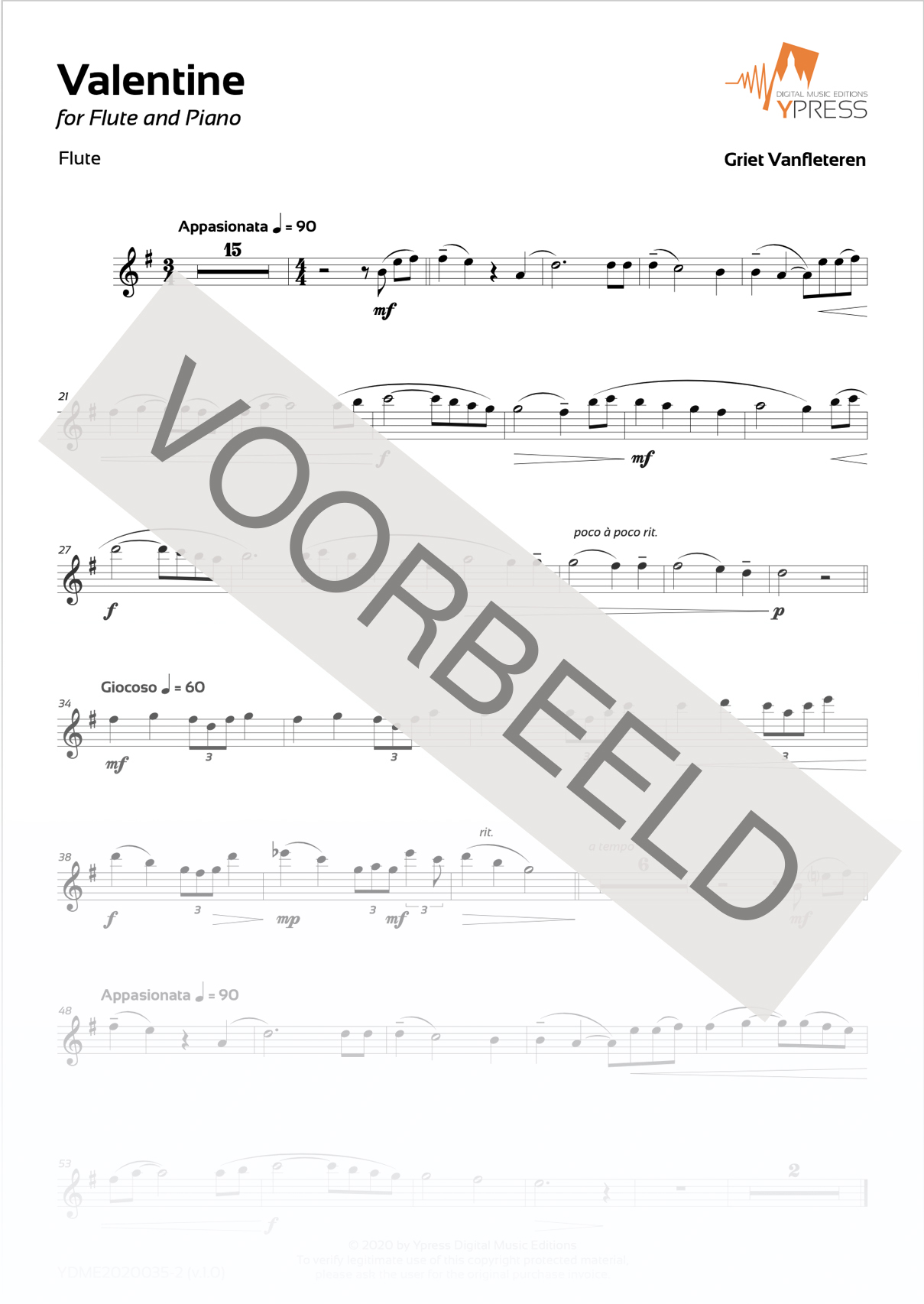 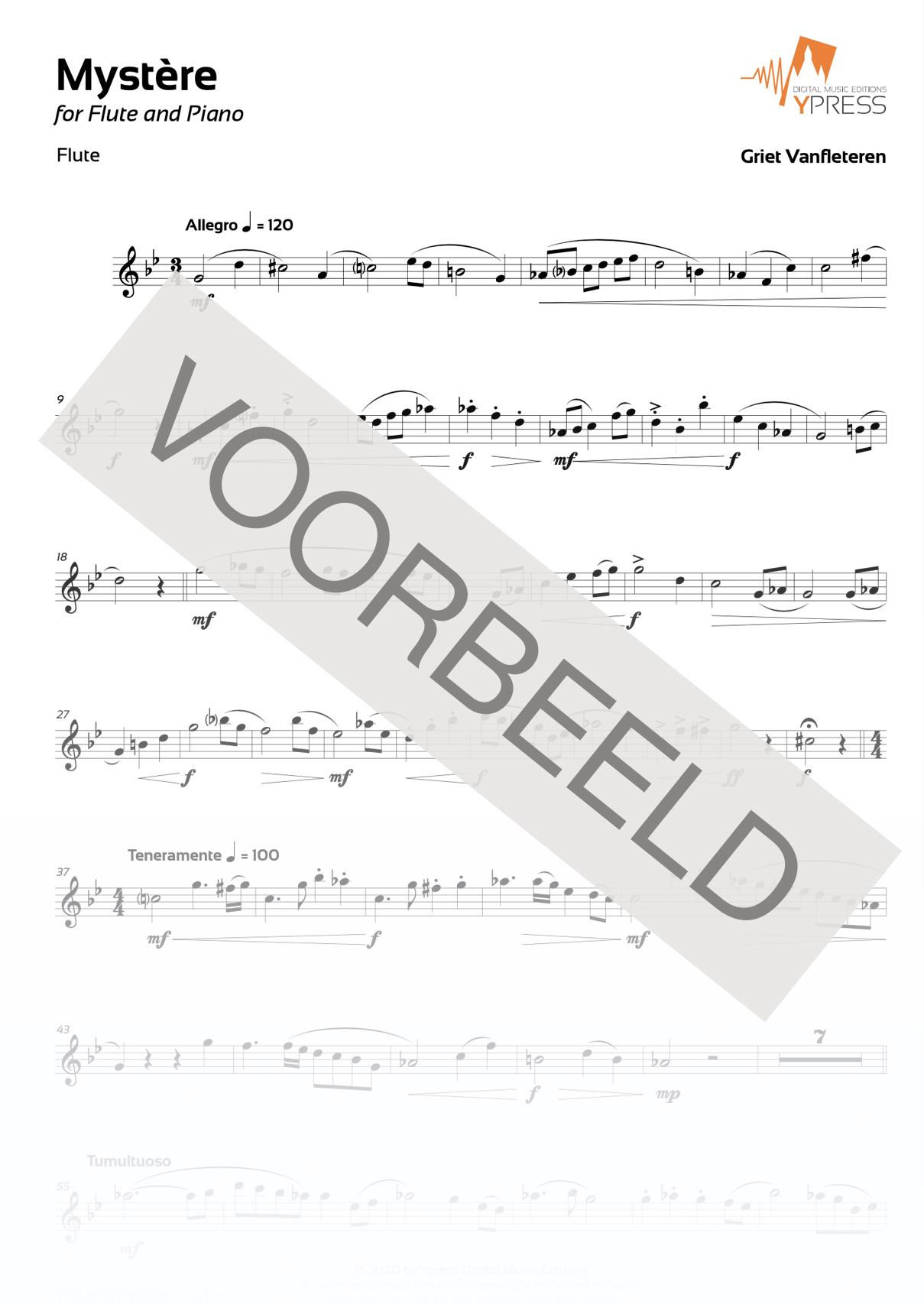