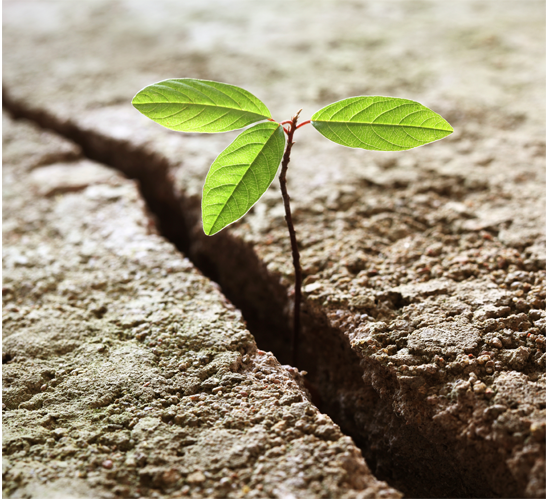 The original commission for this piece in 2015 asked for a composition that would fit in a programme commemorating the First World War, without focusing on the war itself. Rather, the different ways in which the war was remembered was to be the topic of the piece. In 1920, the Canadian Lieutenant Colonel Henry Beckles Wilson published a book entitled Ypres, Holy Ground of British Arms. He describes the picturesque city of Ypres as it looked before the war and reports on the three ‘battles of Ypres’. He also criticizes (in that time already!) the way in which people started to open cafés and bars to make profit from the emerging war tourism. In the preface of the book, the author strongly suggests that the ruins of Ypres should be conserved in their current state, serving as an open air museum and memorial. The devastated city would thus bear witness to the war and remember future generations about the outrageous years 1914-1918. The citizens of Ypres on the other hand showed great courage and resilience and decided to rebuild the medieval city as faithfully to the original plans as possible.

During the global Covid-19 crisis in 2020, composer Klaas Coulembier realized that the notion of resilience was going to be more relevant than ever. Even during the crisis, when people were not allowed to come together, I noticed how musicians proved to be very creative to overcome these limitations. Despite the many creative solutions, everybody was of course looking forward to being able to play in rehearsals and concerts again, to meet in real life. Klaas Coulembier was confident that in these contexts in particular, people would soon find comfort in playing music together again: "I considered the original story of my composition to be equally relevant for this situation, and decided to make an recomposition for Brass Band, to celebrate the resilience of human societies and individuals". 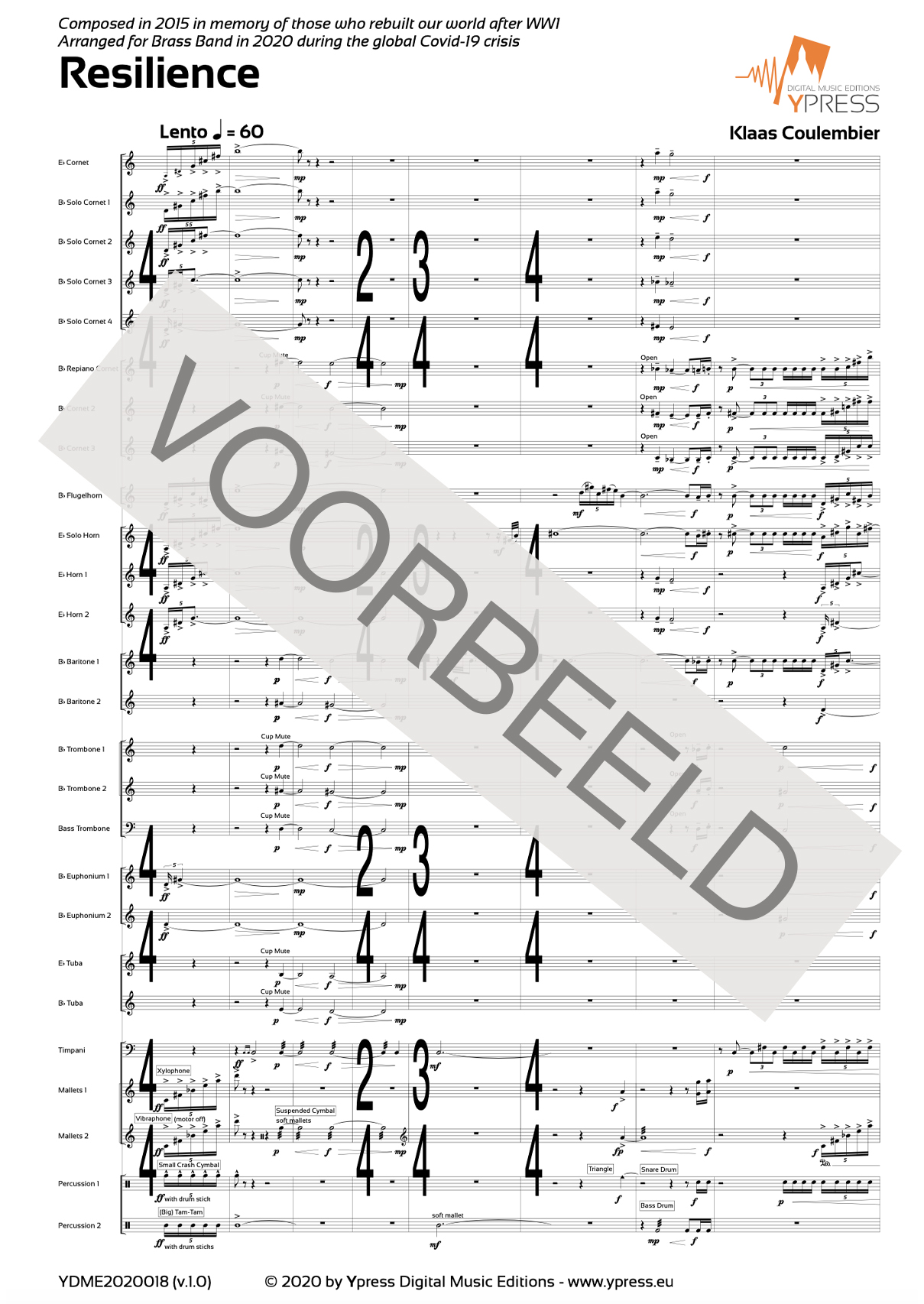 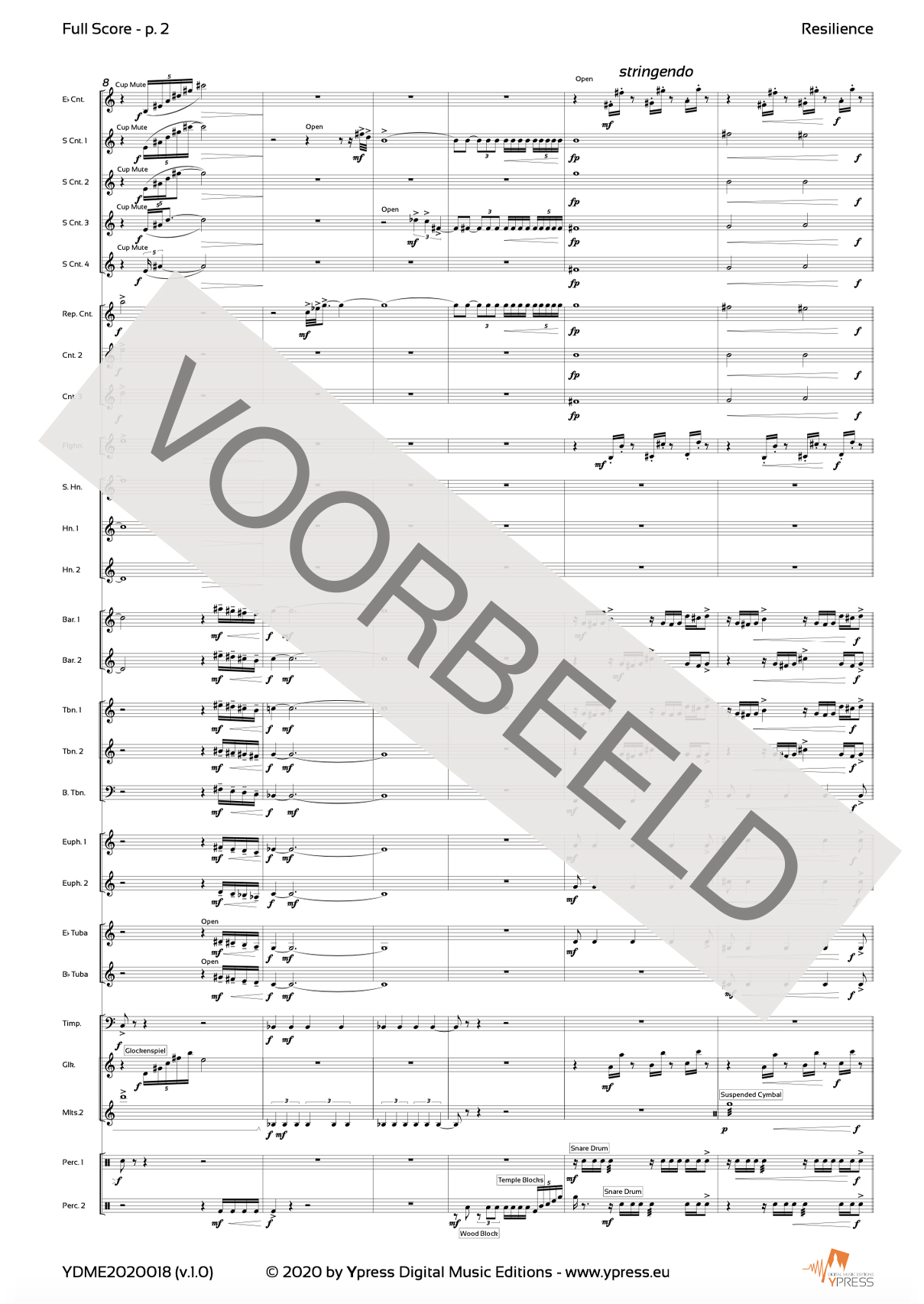 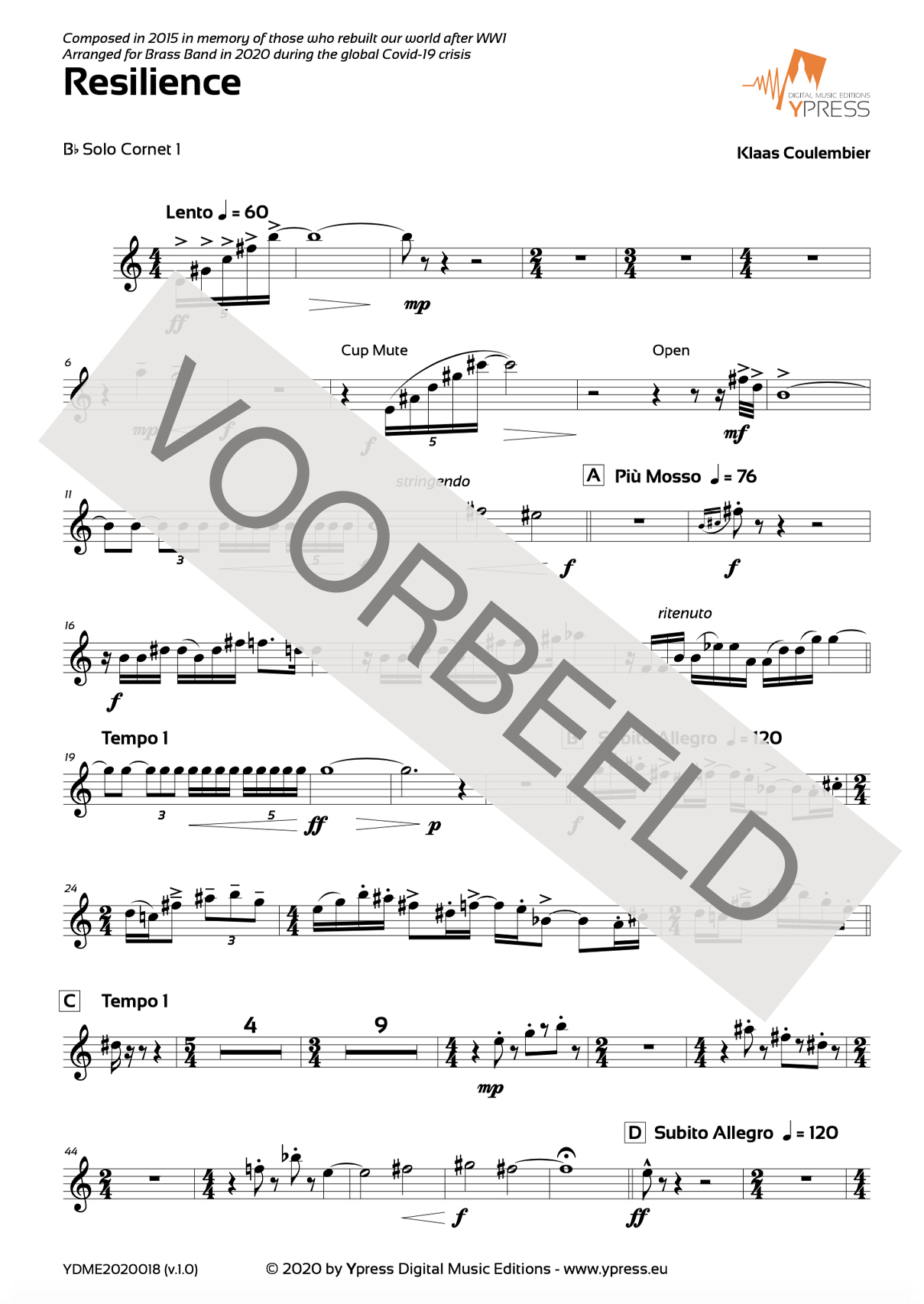 The Garden of earthly delights
149.00€
Add to Cart

The Garden of earthly delights - Score only
20.00€
Add to Cart
New