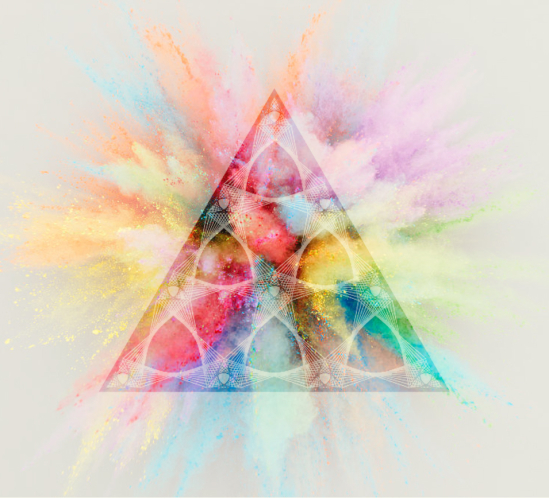 Tetraktys was commissioned by the Ghent University Wind Band GUHO (Gents Universitair HarmonieOrkest) for the occasion of their tenth anniversary. This birthday is shared with conductor Dimitri Bracke, who has enthusiastically held the baton over the band since the beginning. Since this is a band consisting of university students, Klaas Coulembier thought it would be appropriate to make reference to an ancient philosopher who was also important for music: Pythagoras. In his writings, we learn that the number 10 is a special number, being the sum of the first four natural numbers. This is combined in the symbol of the Tetraktys, a triangle built of four lines of dots with respectively 1, 2, 3 and 4 elements.