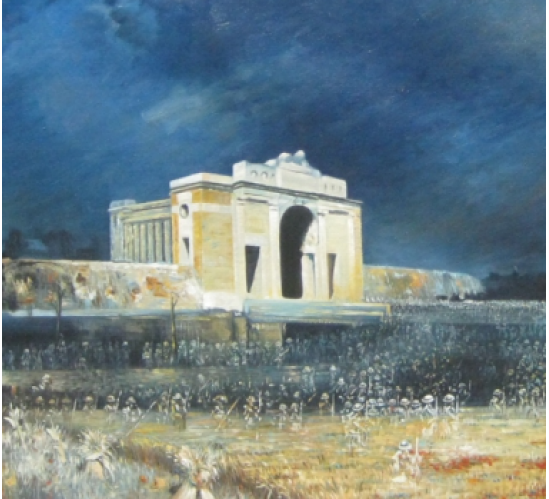 This work was commissioned by the Municipal Academy for Music and Word Ypres on the occasion of the commemoration of the 70th anniversary of the Menin Gate in Ypres. The work is dedicated to Mr. Dirk Viaene, director at rest of the SAMW Ypres.

The work consists of four parts for wind band and optional choir and soprano. The parts of the work:

Part 3 of the work contains a reference to the aria "Whom I am laid in earth" from the opera Dido and Aeneas van Henry Purcell (1659-1695).

Specifications of the work:

* Does your orchestra have Horns in Eb or Trumpets in C? Additional parts can be requested for free by sending an e-mail to score@ypress.eu. Make sure to mention the unique catalogue number YDME2014001 and your order number.

Menin Gate at Midnight, Will Longstaff

The Garden of earthly delights
149.00€
Add to Cart
Bestseller